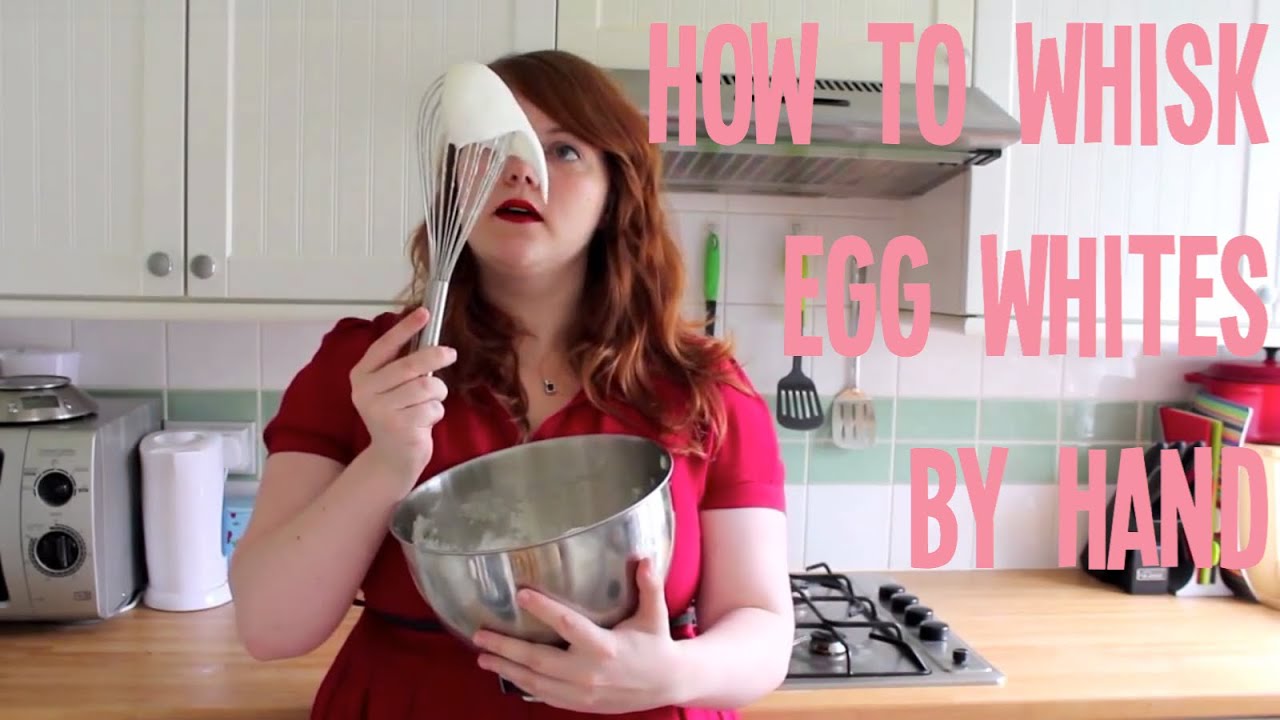 Making meringue by hand is a simple process that only requires a few ingredients and tools. Egg whites and sugar are the main ingredients in meringue, and they are combined to form a stiff peaks. A handheld mixer or whisk can be used to mix the egg whites and sugar together until the desired consistency is reached.

Once the mixture is thick and glossy, it can be spooned onto a baking sheet and baked at a low temperature until firm.

How Long Does It Take to Whip Meringue by Hand?

Meringue is a light, fluffy dessert made from whipped egg whites and sugar. It can be used to top pies or as a standalone dessert. Meringue takes some time to make, but the end result is worth it.

So, how long does it take to whip meringue by hand? It really depends on how much meringue you’re making and how strong your arm is! Generally, it will take about 10 minutes of whisking by hand to get the meringue to stiff peaks.

If you’re making a large batch of meringue, you may need to enlist some help or switch to an electric mixer.

How to Make Meringue Without a Mixer?

If you don’t have a mixer, you can still make meringue! All you need is a bowl and a whisk. Here’s how to do it:

You May Also Like:  How Long to Fry French Fries in Olive Oil?


1. Start with clean, dry equipment. Any grease or moisture will prevent the egg whites from stiffening properly. 2. Separate the eggs, being careful not to get any yolk in the whites.

3. Begin whisking the egg whites on low speed until they’re foamy. Then, gradually increase the speed to medium-high and continue whisking until soft peaks form. 4. Add sugar gradually, about 1 tablespoon at a time, while continuing to whisk until stiff peaks form and the meringue is glossy and holds its shape when you lift up the whisk.

Can You Make Meringue Without Baking It?

The key to making perfect meringue is to whip the egg whites until they are stiff but not dry. The resulting mixture should be glossy and hold its shape when piped or spooned onto a baking sheet. Over-whipping the egg whites will result in a dry, crumbly meringue that will not hold its shape.

If you want to make meringue without baking it, you can pipe it into small kisses or swirls on a parchment-lined baking sheet and let them air-dry for several hours (or overnight). The resulting meringues will be crisp on the outside and soft on the inside. You can also bake meringue at a low temperature (around 200°F) for a short period of time (about 30 minutes), which will result in a chewy texture.

Can I Whip Egg Whites by Hand?

It’s possible to whip egg whites by hand, but it’s definitely not easy. It will take a lot of time and effort to get the whites to stiff peaks, and even then they may not be as firm as if you had used an electric mixer. If you’re determined to do it by hand, start by whisking the egg whites in a bowl until they’re foamy.

Then, continue whisking while slowly adding sugar. Once all the sugar has been added, keep whisking until the whites are stiff and glossy.

You May Also Like:  How to Clean Braun Coffee Maker?

How Long to Whisk Meringue by Hand

Meringue is a staple in many desserts, from pies to cakes to cookies. But how long should you whisk it by hand? The answer depends on the recipe you’re using.

The best way is to keep an eye on the clock and stop whisking when the time is up. Another method is to check the consistency of the meringue: it should be smooth and glossy, with no lumps or graininess. If it’s not quite there yet, keep whisking!

In order to make meringue by hand, one must first gather the necessary ingredients which include egg whites, sugar, cream of tartar, and vanilla extract. Next, the egg whites and sugar are whipped together until stiff peaks form. Then, the cream of tartar is added in and the mixture is whipped again until everything is combined.

Finally, the vanilla extract is stirred in and the meringue is ready to be used.