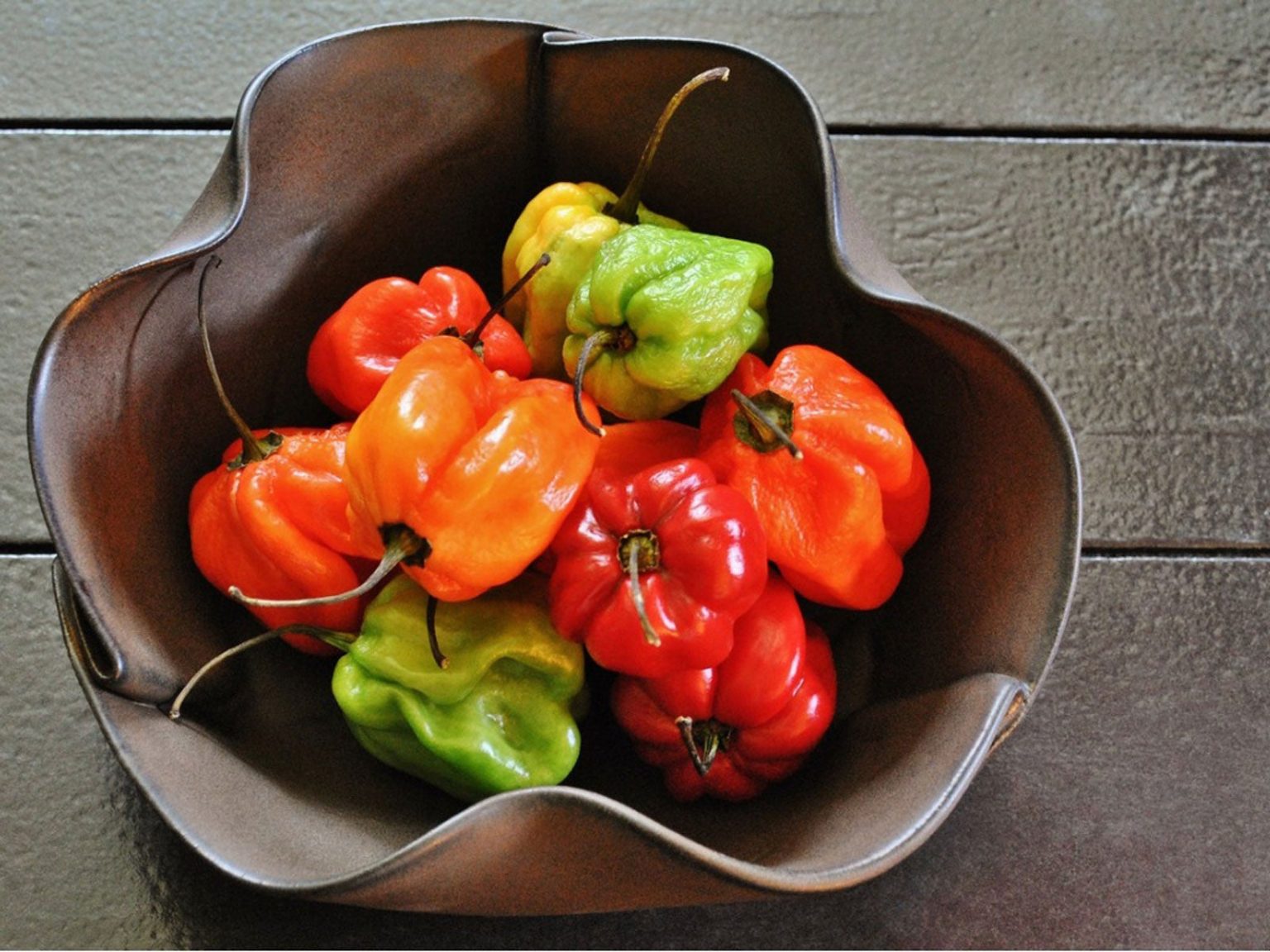 To grow Scotch bonnet peppers, you’ll need to start with pepper seeds or seedlings. Once you have your plants, place them in an area that gets full sun and has well-drained soil. Water the plants regularly, and fertilize them every few weeks.

As the peppers mature, they will change color from green to yellow, orange, or red. When they’re fully ripe, pick them off the plant and enjoy!

The Scotch bonnet pepper is a variety of chili pepper. It is named after its resemblance to a tam o’ shanter hat, and is also known as bonnet peppers, Caribbean red peppers, or Jamaican hot peppers. The fruit of the plant ranges from yellow to orange-red when mature, and is typically 2–3 cm (0.8–1.2 in) wide and 3–5 cm (1.2–2.0 in) long.

Scotch bonnet plants can grow to be quite tall, sometimes reaching heights of up to 6 feet (1.8 m). However, they are more commonly around 3-4 feet (91-122 cm) in height. The plants need full sun and well-drained soil to thrive.

If you live in an area with warm winters and hot summers, you can grow Scotch bonnets outdoors year-round. Otherwise, they can be grown indoors under artificial lighting for about 10 hours per day.

How Often Do You Water Scotch Bonnet Peppers?

Scotch bonnet peppers are a variety of chili pepper that is commonly used in Caribbean cuisine. They are typically very hot, with a Scoville rating of 100,000-350,000. As such, they are often used sparingly, as just a few drops can add a lot of heat to a dish.

You May Also Like:  How to Prune Hydrangeas in Fall?


When growing scotch bonnet peppers, it is important to water them regularly and evenly. Too little water will cause the peppers to wilt and the fruit to drop off the plant. However, too much water can also be detrimental, leading to fungal diseases such as root rot.

A good rule of thumb is to water the plants whenever the top inch or so of soil feels dry to the touch.

Although the lifespan of a Scotch Bonnet plant can vary depending on growing conditions, they typically live for 2-3 years. With proper care, these plants can produce peppers for the entire duration of their lives. Peppers will usually mature and be ready to harvest within 75 days of planting.

How Do You Germinate Scotch Bonnet Seeds?

The peppers are named for their resemblance to Scottish Tam o’ Shanter hats. They are also sometimes called “bonnie caps” or “pepper pots.” Scotch bonnets are among the hottest chili peppers, with a Scoville rating of 100,000-350,000 units.

For comparison, jalapeño peppers have a Scoville rating of 2,500-8,000 units. To germinate Scotch bonnet seeds, start by soaking them in warm water for 24 hours. Then, drain the seeds and place them on a paper towel to dry.

Once the seeds are dry, plant them in moistened potting soil about 1/2 inch deep. Place the pot in a warm location and keep the soil moist but not soggy. In about two weeks, you should see seedlings emerge from the soil.

Once your seedlings have grown to about 4 inches tall, they can be transplanted into individual pots or outdoor beds. If you’re growing them outdoors, make sure to choose a spot that gets full sun and has well-drained soil.

How to grow Scotch bonnet/ habanero peppers from seeds: from seeds to harvest (17 Oct. 20)

How to Grow Scotch Bonnet Peppers in Pots

If you’re a fan of spicy food, then you’ll love growing your own scotch bonnet peppers. These fiery little peppers pack a real punch, and they’re relatively easy to grow in pots. Here’s what you need to know to get started.

First, choose a pot that’s at least 12 inches wide and 12 inches deep. This will give the roots plenty of room to spread out.Fill the pot with a good quality potting mix, and water it well. Place the pepper plant in the center of the pot, and backfill with more soil mix until it’s level with the top of the pot.

Water again thoroughly. Place the pot in a sunny spot – scotch bonnet peppers need at least 6 hours of sun per day. Keep an eye on the soil moisture levels, and water when necessary.

The soil should be moist but not soggy. Once your pepper plant starts producing flowers, fertilize it every 2 weeks with a high-phosphorus fertilizer to encourage fruit production. Harvest your scotch bonnets when they turn red or orange – usually around 80 days after planting.

You May Also Like:  What Part of the Branch is Vital for Tree Growth?

1. Start with healthy pepper seeds. You can purchase them from a gardening store or online. 2. Fill a planting tray with sterile potting mix and moisten it well.

Place the seeds on the surface of the soil and lightly cover them with more mix. 3. Put the tray in a warm spot and keep the soil moist but not wet. The seeds should germinate within 10 days.

Once they sprout, thin out the seedlings so that each one has its own space. 4. When the seedlings are about 6 weeks old, transplant them into individual pots filled with fresh potting mix. Choose pots that are at least 8 inches wide and 12 inches deep so that the roots have room to grow properly.

How Long Does It Take for Scotch Bonnet Peppers to Grow

When it comes to growing scotch bonnet peppers, the key is to start with healthy plants. Once you have your plants, it will take them about 60-90 days to mature and produce peppers. The size of the pepper will depend on the variety of plant that you have.

Some scotch bonnets can get quite large, while others are more compact. To ensure a good crop, make sure to water your plants regularly and fertilize them every few weeks. Also, be sure to protect them from pests and diseases.

If you do all of this, you should be able to enjoy a bountiful harvest of scotch bonnet peppers in no time!

Just be sure to follow the directions on the package so you don’t end up overfertilizing your plants.

Scotch bonnet peppers are a type of chili pepper that is commonly used in Caribbean cuisine. The peppers are named for their resemblance to a Scottish tam o’ shanter hat and are one of the hottest peppers in the world. While scotch bonnets can be found fresh in some supermarkets, they are relatively easy to grow at home.

To grow your own scotch bonnet peppers, start by planting the seeds in a pot or container filled with well-draining soil. Place the pot in a warm location that receives direct sunlight for at least 6 hours per day. Water the plants regularly, allowing the soil to dry out slightly between watering.

Once the plants have reached about 6 inches tall, you can transplant them into larger pots or into your garden. Scotch bonnet peppers typically take about 80 days to mature, so be patient! Once they turn red or orange, they are ready to harvest.

To use, simply remove the stem and seeds from the pepper and chop it up as desired. Add it to your favorite dishes for a spicy kick!